Three million years ago the inland sea withdrew from our region and the branches of the Danube river left behind an ample amount of gravel and pebble. This is the reason the ground in our vineyards in Weiden am See is rather gravelly. That’s the terroir.
How well things can grow, and even more what can be harvested is a matter of the soil.
This soil is not just God-given. Beneath a culture such as a vineyard the ground is mainly man-made. A vineyard can only experience a balanced growth on top of a healthy, lively, green surface and not on grave-like soil that has been fertilized to death by spraying each blade of grass and killing every single insect.

And that’s why it is only natural for us to keep our vineyards in Weiden am See green all year, for thousands of insects flying around and hundreds of earthworms frolicking in the soil. It is the reason we work the soil solely mechanically, fertilizing the ground with home-made compost gained from grass cuttings. Because we keep the soil as lively and diverse as possible.
All this at the cost of lower returns? Absolutely. We don’t harvest nearly the amount a conventional winery does. The fact that for us it is not about quantity, needs no further mentioning.

It’s all about the Hareter wine

And so we noticed that in the vineyards in Weiden am See the layers with sparse topsoil and limy subsoil often yield more exciting wines than the highly acclaimed south-facing slopes and warm sandy soils. 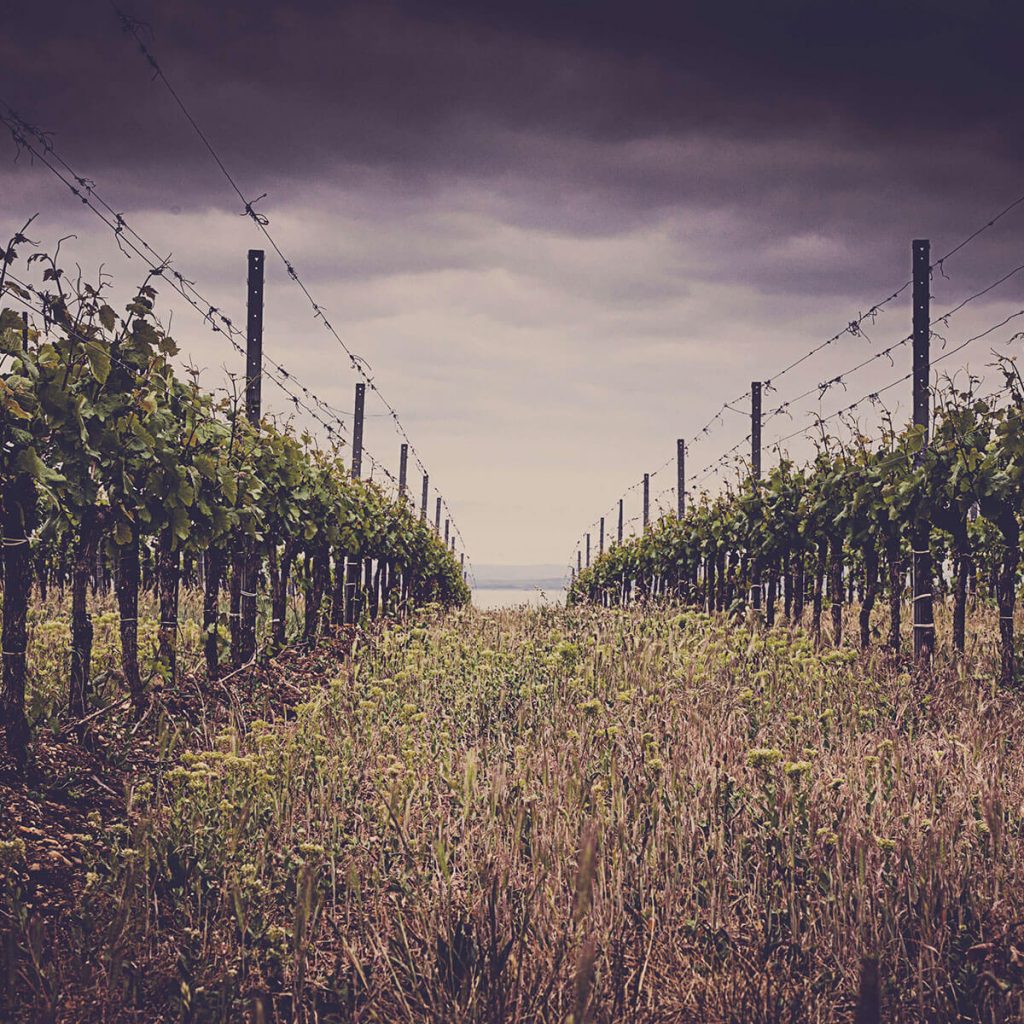 Aside from wine, it is rose hips that absolutely thrive in Weiden am See, giving the inhabitants of Weiden the name „Heytshala“ [h’eitʃələ], stemming from “Hetscherl” (local dialect), in High German “Hagebutte”, which translates to “rose hip” in English. We therefore audaciously named the two wines most accurately reflecting the terroir of Weiden, the special climate, as well as the impartial mentality of the locals, after ourselves: Heytshala. .

The liveliness of Hareter wine and soil is symbolized by the earthworm on our label. It was Darwin who summed up this plain creature’s importance by claiming how wonderful the thought was, of worms having processed the entire mass of the planet’s top soil humus through their bodies, which will happen again and again over the course of the years, and that it is to be doubted whether there are many other animals playing such an essential role in the history of the earth as these lowly organized creatures.“

Continue Shopping →
Item added to cart.
1 item - €6.90
Checkout
The minimum order value is € 45. For shipping reasons we kindly ask that the total number of bottles is divisible by 6.